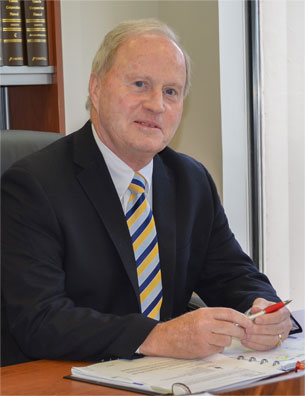 As a leading expert in veterans legislation, Brian has extensive experience in making presentations to the various adjudicative tribunals and appellate bodies that govern the Pension Act, the New Veterans Charter and ancillary legislation dealing with veterans' benefits and entitlements. He has made numerous submissions to parliamentary committees and has taken a number of successful appeals to the Federal Court of Appeal of Canada, which have had significant relevance to the interpretation of the Pension Act as affecting the pension entitlement of seriously disabled veterans and a substantial expansion of the definition of Exceptional Incapacity Allowance.

In furtherance of his specialization with regard to international human rights law, he has made a number of appearances before the UN Commission on Human Rights in Geneva and has presented petitions to the UN Human Rights Committee on behalf of Canada's Hong Kong veterans, thalidomide victims and Indigenous veterans. In addition, he was instrumental in obtaining NGO (non-governmental organization) status for The War Amps in regard to the United Nations human rights system.

In relation to the development of veterans' health-care reform and the New Veterans Charter, he has sat as a member of the Gerontological Advisory Council, the Canadian Forces Advisory Council, the New Veterans Charter Advisory Group and various veterans consultation groups established by Veterans Affairs Canada to advise the department on the need for new legislation to address the concerns of traditional and modern-day veterans and members of the Canadian Forces and their families. He is presently co-chair of the Policy Advisory Group established in 2016. 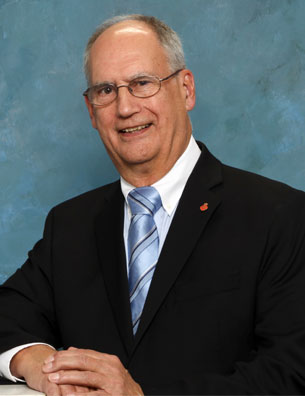 Derrill Henderson has served as Vice-Chairman of the NCVA since 2010. He is the National Secretary and Administrator for the Hong Kong Veterans Association, as well as founder and President of the Hong Kong Veterans Commemorative Association, an organization dedicated to educating Canadian youth about Canada's participation in the Far East theatre of the Second World War.

Following his retirement from Export Development Canada in 1993, Derrill has actively assisted and advocated for veterans, notably prisoners of war in Japan. As a descendant of a Hong Kong veteran himself, Derrill was instrumental in achieving a formal apology in 2011 from Japan to the remaining Canadian veterans who were PoWs during the Second World War. Though he does not consider himself a veteran, his personal military experience includes five years with the Army Cadet Corps and one year as Trooper with the Reserve Army.

Derrill graduated from Sir George Williams University with a degree in Electronic Data Processing and went on to pursue Business Administration studies at York University. He returned to university after his retirement to obtain a degree in Theology. Derrill was married for 63 years to his late wife, Vivian. Their two daughters and five grandchildren are all involved with the Hong Kong Veterans Commemorative Association themselves. 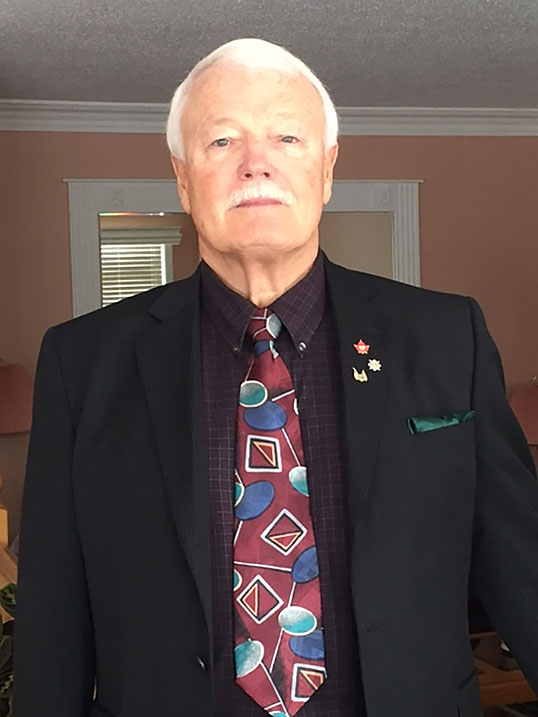 In addition to serving as Vice-Chairman of the NCVA, Paul Baiden is the National Chairman of the Canadian Naval Air Group and serves on the board of directors for the Maritime Air Veterans Association as well as the Ottawa branch of the Naval Association of Canada.

Paul joined the Royal Canadian Navy in 1963, where he became an Airborne Electronic Sensor Operator. He retired after 32 years of service in 1995. During his extensive maritime operational flying career, he accumulated a total of 7,115 flight hours and has been recognized several times throughout his military career for performance above and beyond the call of duty. He received the Star of Courage, awarded in recognition of an act of conspicuous courage in circumstances of great peril, for his heroic rescue efforts off Cape Breton on February 16, 1972. In 1986, he became a Member of the Order of Military Merit, and in 1993 he became a Member of the Order of St. John for his numerous years as a first aid and CPR instructor trainer for both military and civilian programs.

Paul continues to be an active advocate at VAC Stakeholder summits and was awarded the Minister of Veterans Affairs Commendation in 2012 for his work on behalf of veterans. He resides in Ottawa with his wife, Debbie. 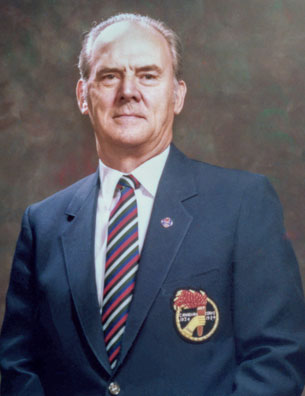 Eugene (Gene) Heesaker has been a member of the NCVA since 1946 and has served as Vice-Chairman for the past several years. He has actively worked on behalf of veterans through his own veterans association, the Canadian Corps Association (CCA) Command since returning home from overseas in June 1945.

Gene joined the Army in his home province of Manitoba in 1943 after leaving his family farm near Winnipeg to work as a miner in British Columbia. He rose to the rank of Lance Corporal in tank gunnery with the Armoured Corps and instructed in both Camp Borden and Meaford, Ontario. Early in 1945, Gene was sent overseas to Salisbury Plain in England for upgrading in tank gunnery. He joined his regiment, Fort Garry Horse, in North Holland following the Armistice, where he volunteered for the War in the Pacific.

Following his discharge from the Canadian Army in 1946, Gene worked for 40 years with the City of Toronto, working his way up to the position of Supervisor of Street Services. He and his wife, Shirley, both moved up in the CCA over the years and together travelled to Ottawa on many occasions to meet with the Department of Veterans Affairs to advocate for improvements to veterans legislation.